*I don’t update much anymore. If you want to know more about what I’m up to, please check out my website alisaschindler.com

I’d love to see you there!!

Yay!! So this is where I can showcase my Woo Hoo! Woo Hoo – I’ve got some Woo Hoo to showcase! But first let me announce that I have a new website. Check it out at alisaschindler.com!!!

So proud to be writing for The Well, an awesome new healthcare site by Northwell Health. Here’s a few pieces I have written for them!!

My essay, A Daughter’s lifetime with a father’s slow self destruction appeared in the WASHINGTON POST HEALTH Section. It also was chosen as a VOTY Honoree!!! 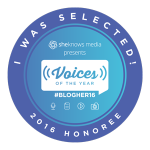 My parents’ divorce didn’t break me appeared in WASHPO Soloish section. My Essays, The Long and Shorts of It (which went viral and lead to an extremely brief TODAY SHOW appearance!), They Grow Up So Fast, So What’s My Rush, It’s time to Sit Down at the Table, Mom! and Bring on the Play dates was featured in Parenting on the WASHINGTON POST.

I hit the Motherlode, on the NY TIMES MOTHERLODE with Essays, I’ve Ruined my Boys! and Caring for my sick parent, my kids and myself.

Pokemon Go has Captured my Family! was published PARENTS

Growing up is hard to do – For Mommy appeared on Brain, Child.

Talking about How Difficult Infertility can be on a Marriage on GOOD HOUSEKEEPING.

The Difference Between a Father and a Dad appeared on The Manifest-Station.

The emotional struggle in letting our kids fail appeared on PARENT.CO

My Essay on Hebrew School Ambivalence was featured in THE FORWARD and can also be seen online HERE.

I am a regular contributor on HUFFINGTON POST. Here are just a few of my essays that have been featured…This is what 45 looks like, Follow the Bouncing Balls, You say Middle. I say Center, My Home is Broken, Hineni – Here I am, Call of Duty, There’s a Wall up in his Studio Apartment, The Homework Nag and my Zumba Fail!

Underneath that Teenage Scowl, Slow down asshole , Growing up, 13 reasons I’m done! , Mama’s Boys , Mama’s boys aren’t cute at 35, and others were all featured on  the fabulous SCARY MOMMY

Up on KVELLER with my mommy middle school angst! He says he’s fine, but is he?

My essay on XO JANE about too much of a good thing… I Was Addicted to Exercise.

I am a regular contributor at WHATTOEXPECT.COM where you’ll find original essays like Secrets Every Mom Should Know, How to survive a public tantrum, My grandmother hated my son’s name, Things only a mom would say, You Get What You Get and You Don’t Get Upset , Sleep Training – My nightmare, and many others…

Bedtime’s a Bitch was published on BLOGHER

My essay, I Love You Husband, Now Go Away was up on THE MID!

My mom is red hot. Your mom ain’t diddly squat. has been featured on Erma Bombeck’s Writer’s workshop. So has Want Smiles, OMG – Feels like teen spirit! and others.

I’m also have contributed multiple essays at BonBon Break. My essay about my hot mom I wrote as an original piece for them.

My essay Tug of War: Mommy vs. Mommy is featured in the anthology, Motherhood May Cause Drowsiness

The Weight of My World and Sorry, but that shirt looks terrible on you. Oh and your hair’s a mess. You’re welcome   have both been Freshly Pressed!

My Essays, My Brother in the Middle. #Imsorry and My Call of Duty won the Jury Prize at Yeah Write, an awesome site to hook up with great writers and read all sorts of amazing stories. They’ve made a newbie blogger feel more comfortable and supported. I love them!! Check them out..

My essays Why I’d Never Homeschool, I’m sexy and No one Knows it, Don’t Ask your Kids to be Responsible, A Lost Child, A Crazy Mom and a Shot in the Heart, and My Dead Grandma is Messing with Me as well as many others, have been featured on MAMAPEDIA

My essay Hineni – Here I Am was also Jury Prize winner and top of the leader board over at Yeah Write as well as being chosen for one their Best of Grid entries. 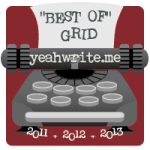 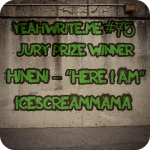 I just loved being the Feature Friday over at Stuph blog!

And then…, my audition essay was chosen to be in the top 13 for this years Blogger Idol contest! Out of 170 contestants I made it down to the final 4!!! 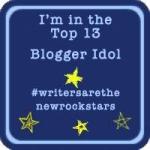