Facebook RSS Feed
← Help
Getting Bent Over Bending Over →

Wake up. Wake up! His brain yells through the sleepy fog that hangs low and heavy on his consciousness. He tries to lift his eyes but really he is just too weary. Somewhere faraway, a phone is ringing. Now it’s become a fire engine roaring down the street. And now it’s an alarm. The fire is in front of him.

It’s jarring but he’s a spectator even in his own dream. He’s not spurred into motion. He simply watches the house burn down around him, sensing the urgency but unable to rouse himself.

Slowly panic engulfs like the flames, but still he remains stagnant, knowing he’s about to die, but too paralyzed to do anything about it. He is a prisoner of his broken body and his over-medicated brain. His heart hammers against his chest.

Deep inside his head, he knows that he no longer lives in a house.  The small detail reminds him that he is still sleeping. The screaming alarm is once again the phone.

The call is from his daughter. He can envision her face right now, cradling the phone on the other side of the world, 45 minutes away, children flanking her on all ends – frustrated, annoyed, disappointed, but not surprised. It’s far from the first time he hasn’t been able to get to the phone, even for a wakeup call he asked for; one that he needs to make a doctor appointment he has already rescheduled three times.

She is a good girl, his daughter. He sees her as child; the long dark pig tails, the green eyes that match his own, or at least used to when his own eyes were less muddied; the ready smile reserved just for him. He has failed that little girl who he promised in her crib to protect from harm. He never expected that he would be the one hurting her.

He pushes the thought away. It wounds and he needs not to think about it. Right now, he needs to focus his energy to wake up, to answer the ringing phone, to make his appointment.

With monumental effort, he forces himself to open his eyes. Through blurred vision he takes in the vials of medication scattered on the table, the clutter of boxes overloaded with books and papers, the slop of food on the floor from a 4am binge on cereal and ice cream that he barely remembers. A few pills lie there as well. He momentarily wonders if they are medications he never took, or extras that dropped after taking something he shouldn’t have. His heart quickens.

Disgusted by his failure but filled with relief, his eyes droop back down.

She will never again look at him the way she did once upon a time ago when he was a hero.

A tear slides down the side his face. He was a hero, strong and beautiful. Ah. I remember you, he recalls wistfully, drifting off; his mouth lifting in a small grin.

Go to sleep. Go to sleep. His brain now commands and all pain fades into unconsciousness.

Once again he has found peace. 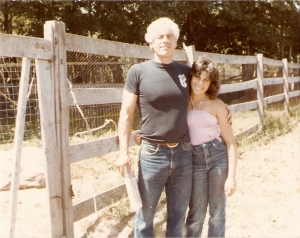 Mama to 3 boys, wife to Mr. Baseball and daughter of a sad man. I have a double scoop every day.
View all posts by Ice Scream Mama »
← Help
Getting Bent Over Bending Over →