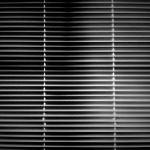 Danielle wished he would look her way. She had been eyeing him from across the boardroom table, hoping to catch his attention, but he was so involved in his presentation he didn’t even notice her. It was hard not to notice him. He stood center of the room, gesticulating wildly. His strong features, animated in defending his work, brought out a palpable energy. His hair, a mass of curls as unruly as his temperament, bounced around as he did. Dan Steel was on fire and the whole room stood at attention, but none so much as his assistant, Danielle.

She had worked for him for over a year now and knew what he was going through. These idiots around the table wouldn’t know a good idea if it hit them in the face, possibly because the only things going into their faces were mouthfuls of muffin. She had worked side by side with Mr. Steel to make sure that every “i” was dotted and every “t” crossed. The campaign was brilliant, why couldn’t they see that? It seemed they were all against him. It made him all the more attractive.

A smarmy, know-it-all, who had the nerve to grip Danielle’s arm before the meeting, look down her blouse and ask for a cup of coffee, started speaking, “Mr. Steel, while I appreciate your efforts here, I don’t believe what you’re suggesting is a right fit for our target.”

Danielle stifled an audible puff of absurdity. The whole boardroom turned toward her. She really had to work on those stifling skills.

Smarmy man raised a brow, “Excuse me, miss? Did you have something to say?”

Danielle flushed deeply at the attention, bringing a gorgeous rose to her high cheeks, and brushed a thick curling wave of hair away from her face. She hesitated, but spoke forward, “I was just thinking that as the demographic you’re seeking to reach, I for one, really respond to this campaign. It speaks to my generation honestly, without pretense or being condescending. Maybe you’d consider an informal focus group of my peers before making any conclusions?”

There was an extended moment of silence while they considered her and her words.
“I like it,” said the figure closest to Mr. Steel. It was John Blake, president of Blake Industries, the company they were pitching the marketing and advertising strategy to.

Commotion and coordination ensued as the teams worked to come up with a plan to test the ideas. As they shuffled from the room, Mr. Blake briefly rested a hand on Danielle’s shoulder. “Nice job, little lady. Hey Dan,” He called out, “give this one a raise. I’m sure you’re not paying her enough.” He winked at Danielle who glowed, happy that she helped, and didn’t make a fool of herself. “Thank you, Mr. Blake. I really like your new product-line.”

“Do you now?” The older magnate said. “Yep, this one’s a keeper, Dan.” He affirmed as he walked out.

The last two left in the room, Dan Steel looked down at Danielle with an unreadable expression. “Yes sir, she is.” He agreed. His eyes bore into her, penetrating her skin, setting fire to her clothes, igniting her from within.

She was naked before him. Bending down, he breathed low and gruff in her ear “That was risky. Don’t take risks with my company.”

Danielle lowered her eyes, focusing on the hard yellow of her high heels to keep steady. “Okay.” She whispered, still unable to meet his gaze. The intensity of his nearness made her light-headed.

“Okay what?” He challenged, his breath like a hot caress.

“I’ll deal with you later in my office.” He bit her lightly on her ear lobe.

She almost melted into the floor.

*This is a response to write in the style of a writer who influenced you. I chose Danielle Steel because from the age of 17-22 years-old, I couldn’t put her books down. At the time, she inspired me so much that I tried my hand at my own romance novel. It still sits waiting, yearning for someone’s touch under my smoldering, hot bed. Come on, you know you want it.

Mama to 3 boys, wife to Mr. Baseball and daughter of a sad man. I have a double scoop every day.
View all posts by Ice Scream Mama »
← Set Them Free
Bedtime Story = Nightmare for Mommy →