Facebook RSS Feed
← Rock on, chair. Rock on!
I just need a moment →

I laff at the Inglish langwige

“You know, I’ve been thinking…” My 10 year-old says, as we drive home from my niece’s party.

I immediately perk up. This kind of open is usually a prelude to something interesting. The last time he started a sentence that way, what followed was, “… War is stupid. Why do all those people have to fight and die? Why don’t only the two leaders fight, and then just one person has to die.”

Alert the White House. This boy is on to something.

“So,” he continues, and I wait for what’s been swirling around in that adolescent brain of his. “The letter G sounds like Juh but it really should be Guh.”

“Oh you mean the letter G sounds like Jee, even though phonetically it makes the Guh sound, like Go. So you think the letter G should really be pronounced gee?” (Like geek, but without the k. Stay with me here, we’re in the mind of a 10 year-old.)

Through my rear view mirror I see he is nodding like a bobble head and smiling like he thinks he’s the smartest boy in the world. Which, of course, he is.

I point out that G does also sound like Jee, as in, this is genuinely confusing, and he points out that, that sound has already been covered by the letter J. Touche.

This whole thing gets us going on just how ridiculous the English language is. I honestly don’t know what people were smoking when they started putting it all down on paper, I mean parchment. So much of it is an exception to a rule, and the rules don’t even make sense.

Forget why is it, I before E, except after C…why is there ever an ie? We in the minivan don’t get it.

I mean, why isn’t Pierce  – Peerce

And what’s with CK endings? Why can’t it just be K?

As in, “It makes no fuking sense!”

I know you don’t miss the C. And speaking of C, we decided that it’s not even necessary as a letter. C just sounds like K or S. Try these on for size. Kantelope. Sentury. Nise, right? 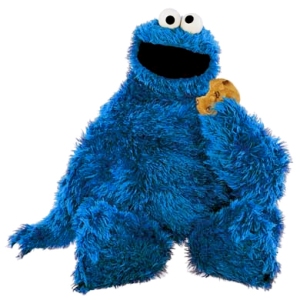 And what’s with the silent letters in words? Why do we need silent letters at all!? Lisen, it’s the elefant in the room, peeple! Let’s just get it out in the open.

There’s seriously so much wrong with our language, and when you’re teaching a five year-old to read, it’s glaring.

That’s why my sun (Sorry, the ‘o’ makes no sense. Plus, he really is the sun) and I decided to come up with a slightly modified version of the alphabet. It’s not much, but it’s a start.

My kid is so getting kicked out of kindergarten.

To see my son preform the new alphabet go to my facebook page.

Mama to 3 boys, wife to Mr. Baseball and daughter of a sad man. I have a double scoop every day.
View all posts by Ice Scream Mama »
← Rock on, chair. Rock on!
I just need a moment →